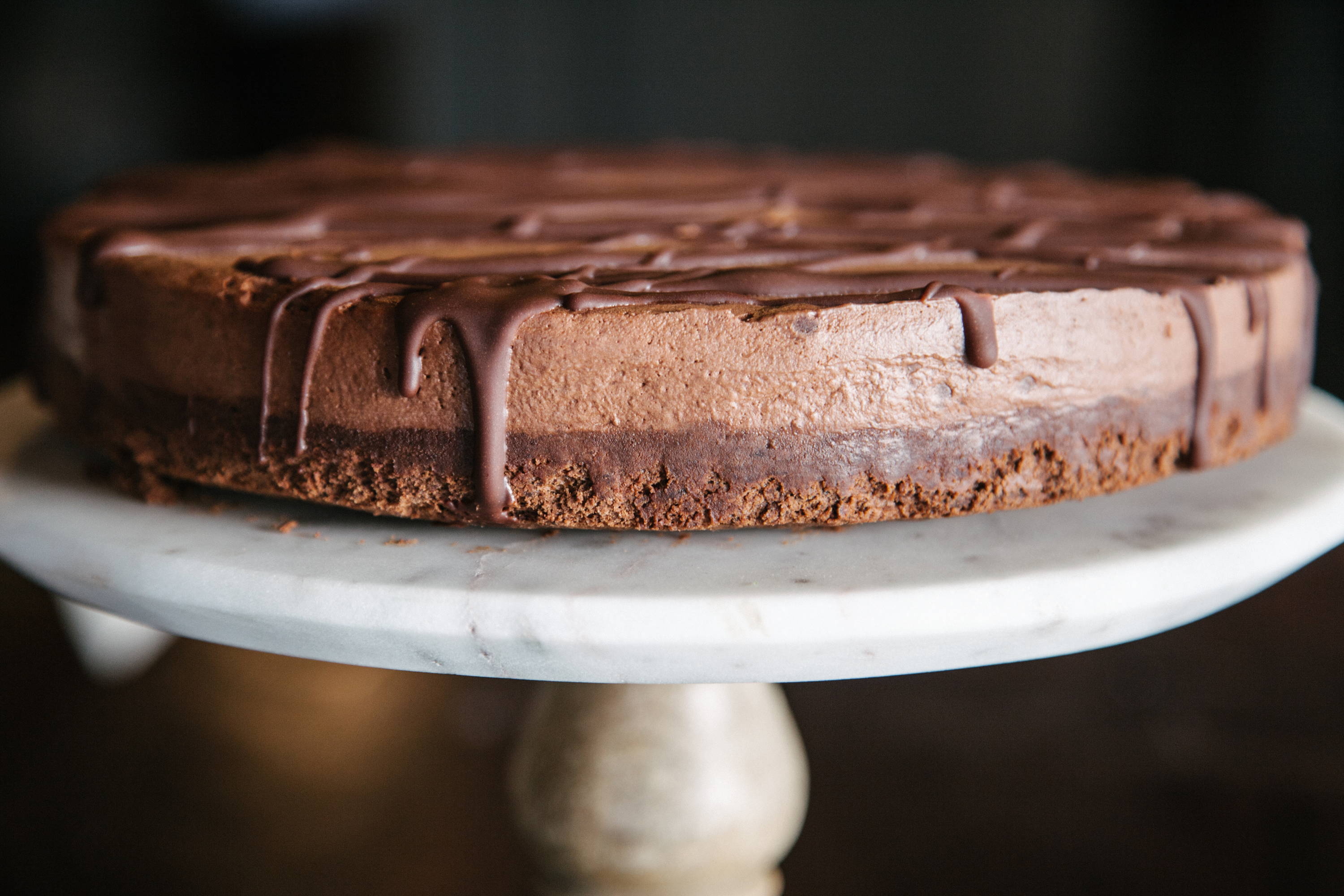 This is a great dessert for a dinner party because you can make it up to two days in advance, leaving last minute preparations for other dishes

Tips for melting chocolate: Chocolate burns very easily so it is best not to place directly over a heat source. If using the stovetop, place chocolate in top pan of double boiler set over 1 inch barely simmering water, stirring chocolate often (or to jimmyrig a double boiler, set a large heatproof bowl over a saucepan, making sure the water doesn’t touch the bottom of the bowl).

Alternatively you can melt it in the microwave. Just make sure you’re using a microwave safe bowl, set it on 50% power, and stir every 30 seconds until melted. 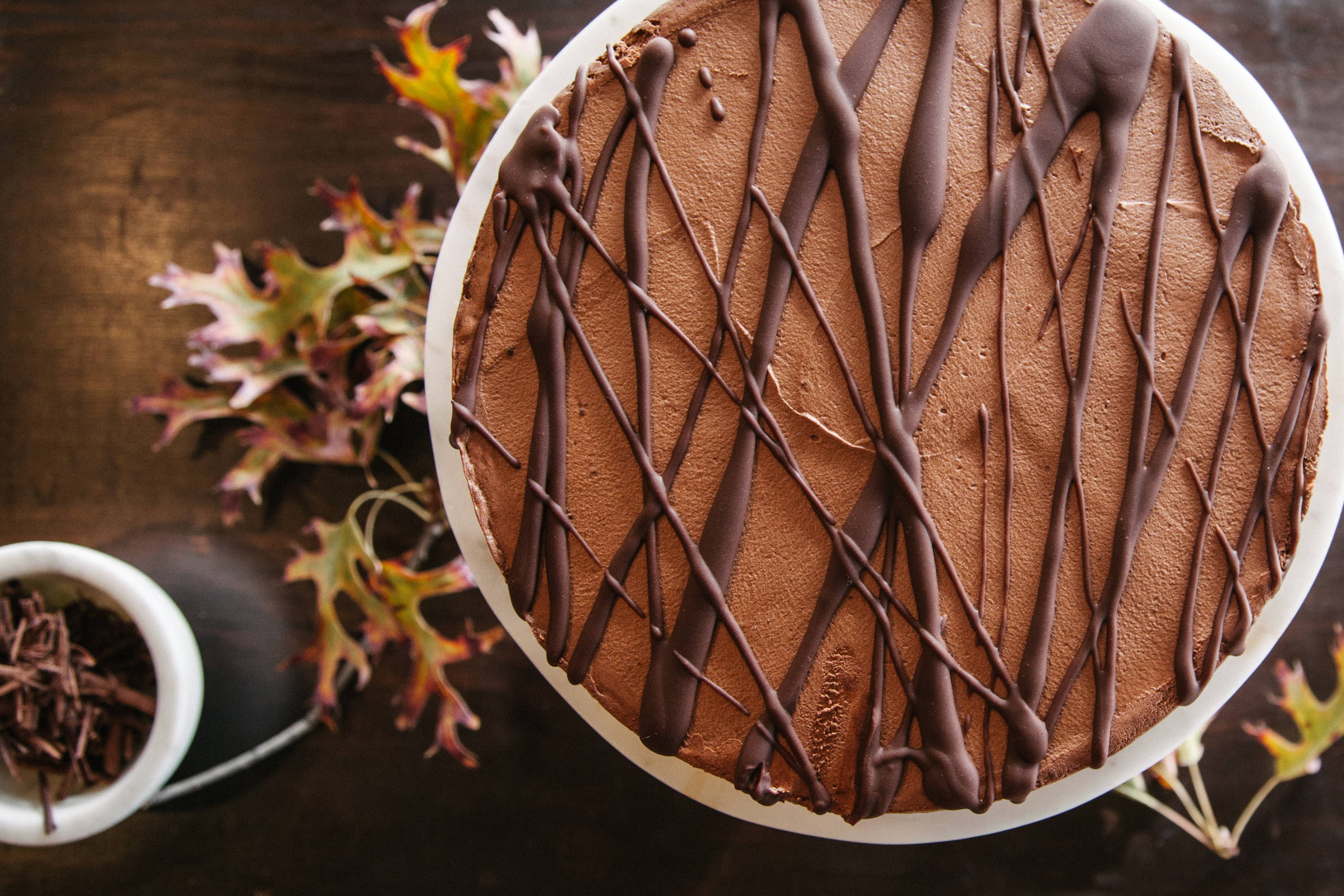 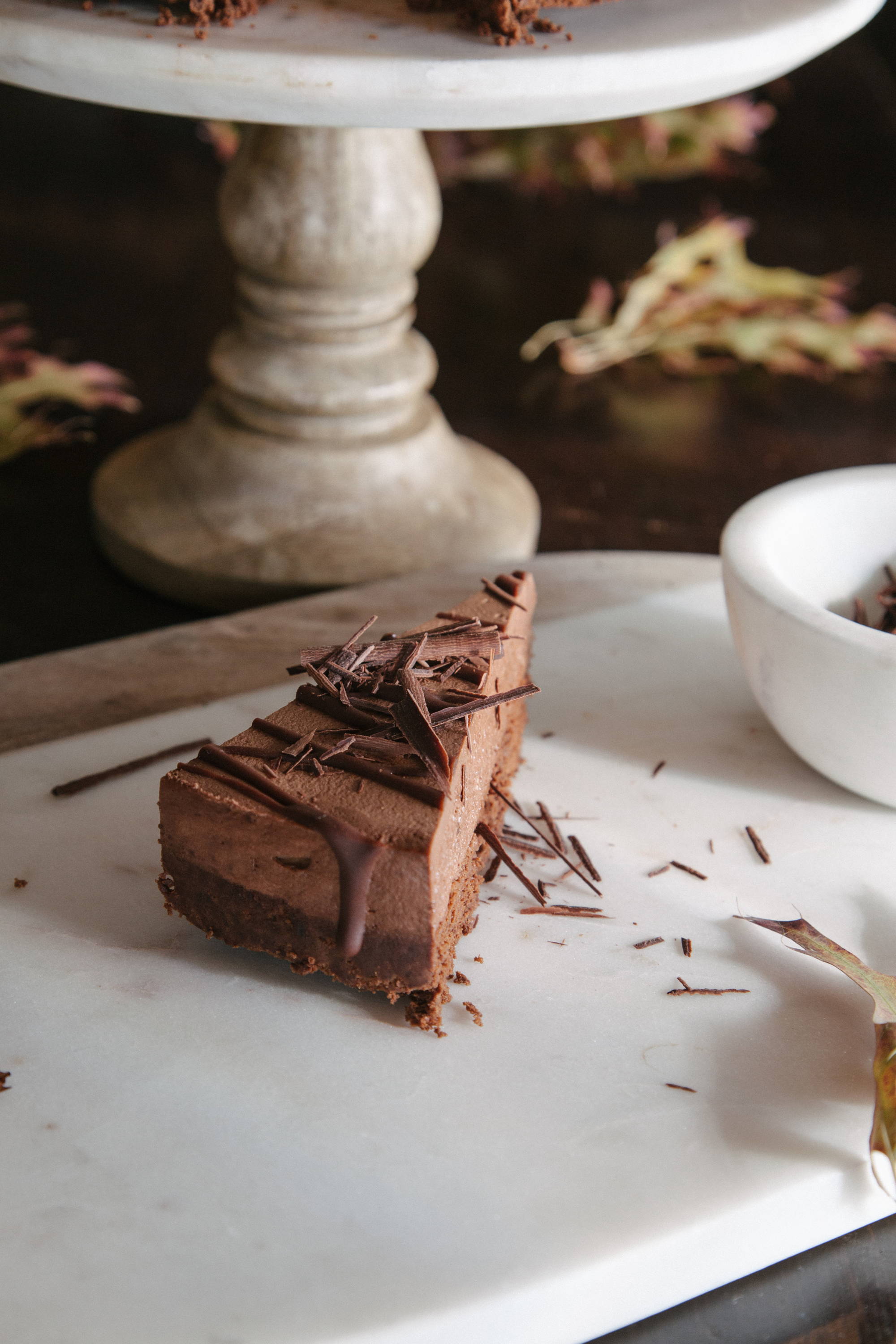 For the bottom layer:

Bake until cake is firm around edges and center springs back when pressed gently, 13 to 18 minutes. Let cake cool completely in pan before adding top layer

For the top layer:

Whip cream, sugar, and salt on medium-low speed until foamy. Increase speed to high and whip until soft peaks form.

Refrigerate cake until set, 3 hours or up to 2 days.

Run thin knife between cake and side of pan; remove side of pan. Run hot clean knife along outside of cake to smooth. Garnish top of cake with ganache and shaved chocolate if desired. Serve.